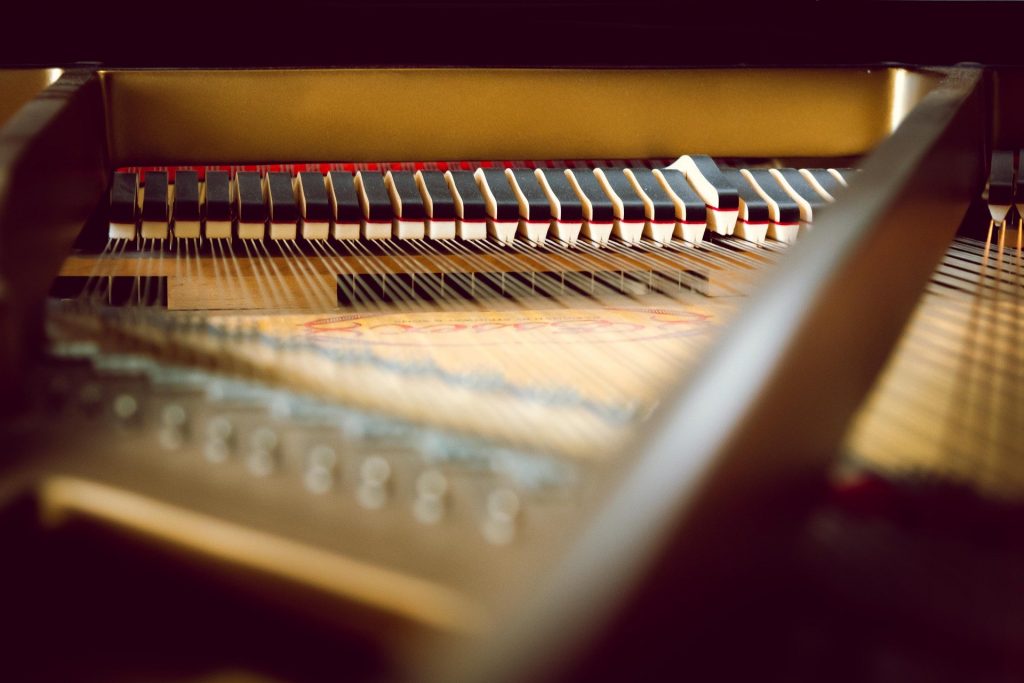 The Rhapsody on a Theme of Paganini, Op. 43, is a concertante work written by Sergei Rachmaninoff for piano and orchestra. It closely resembles a piano concerto, all in a single movement.

Variation 7: Meno mosso, a tempo moderato: The Dies Irae, Day of Judgment chant, interpolates with a sustained melody in half notes which is first stated in the piano. The speed is sharply reduced with the introduction of this dark force. Rachmaninoff said that this inclusion and all other variations with this statement represent “the evil spirit to whom Paganini sold his soul for ‘perfection in his art and the love of a woman’.”

Variations 8 to 10: The theme gets more overt and forceful in these variations. In Variation 10, the soloist, marked marcato casts the Dies Irae in bold octaves in the middle register.

Variation 11: Moderato: There is a sharp change in mood, from aggressiveness to “the domain of love”. The strings play tremolos, creating a shimmering curtain of sound, which is completed by the harp playing a mysterious passage. The piano acts as a light accompaniment with improvisatory freedom.

Variation 12: Tempo di minuetto: In this variation, the dance “introduces the presence of a woman”.

Variation 13: Allegro: This variation is “the conversation between a man and a woman”, where the dance-like character of the previous variation turns more demonic with augmentation and marked by molto marcato. In the waltz, the piano sometimes emphasises on the second beat, with the orchestral emphasising the first beat, creating a strong and violent sensation.

Variation 14: L’istesso tempo: Continuing the waltz meter, the music becomes heavier and more martial “like a parade of three-footed soldiers”. The horns and the strings lead the transformation with thick and chordal texture.

Variation 15: Più vivo scherzando: This variation features a piano solo of twenty-seven measures, which is similar to a cadenza.

Variations 16 to 18: These three variations feature new viewpoints of the main idea, and a slower tempo. Variation 16 features a solo violin with piano decorations. Variation 17 begins with the piano playing in low sounds as it grows directly from the orchestral tremolo at the end of Variation 16. Variation 18 features what Rachmaninoff called the “ultimate love episode”, a romantic nocturne based on an inversion of the main theme sung by the soloist before the orchestra joins in. As the bouncing main theme is transformed into a lyrical statement, it creates a magical and stunning sound.

Variation 19: A tempo vivace: This variation marks a big change into the highly technical drama of the whole piece. The piano imitated string pizzicati, often in a high register with snappy articulations. This variation is “Paganini’s triumph with his diabolic pizzicato”, according to Rachmaninoff.

Variation 20: Un poco più vivo: The piano plays in parallel motion in both hands, with an accelerating tempo in a perpetual motion style.

Variations 21 and Variation 22 are rapidly moving scherzi. “It seems to me that the other personages representing the evil spirit should be drawn as caricatures in their fight for the woman and Paganini’s art. They should also be with violins but even more fantastic and grotesque.” Being the longest variation, Variation 22 contains three sections, concluding with a cadenza introduced by an orchestral crescendo.

Variation 23: L’istesso tempo: The tempo reverts to the original 2/4 marking for the Paganini theme. The rhythmic contrasts between the orchestra and the piano give off a vibe of complexity and growing intensity.

Variation 24: A tempo un poco meno mosso: The finale provides a massive capstone to the entire work. As the Dies Irae theme emerges in heavy brass and strings, the piano and the winds recall prominent features of the subject. Within a massive acceleration, the coda brilliantly compresses earlier ideas by reiterating fragments of the theme. The ending is marked by a sudden, surprise drop to a soft dynamic, with two cadential chords from the piano.

WHO IS ... Sergei Rachmaninoff?