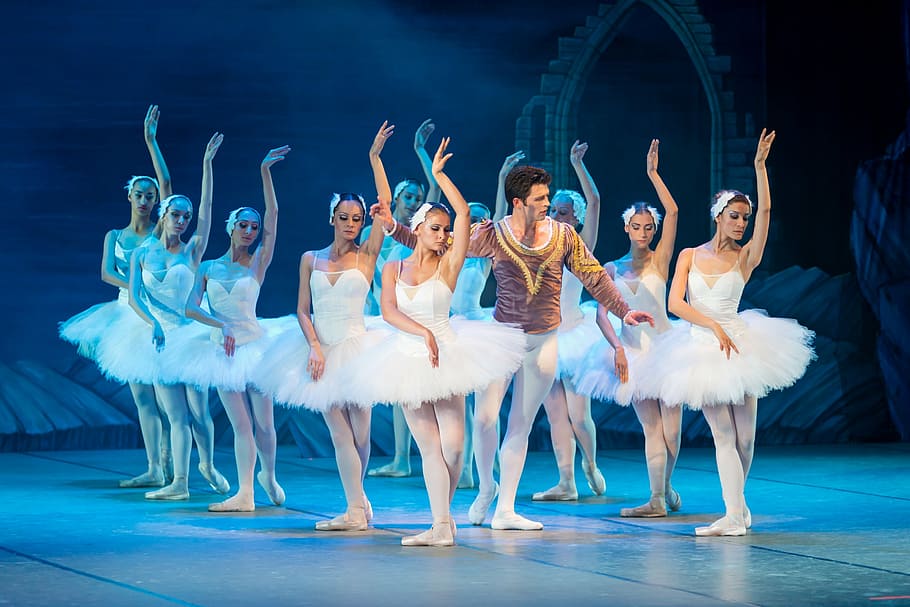 If there is one ballet whose name is known throughout the world, it is, without a doubt, the Swan Lake. Pyotr Ilyich Tchaikovsky’s Swan Lake, along with The Sleeping Beauty and The Nutcracker, pioneered the golden age of Russian ballets. Surprisingly, the original debut at the Bolshoi Ballet in 1877 was critiqued as being “too noisy”, and the dancers disliked the fast-paced score. The ballet we have all come to recognise, and love is an edited version created by his brother, Modest Tchaikovsky, after his death.

Prince Siegfried arrives at his 21st birthday in the palace courtyard. During the celebrations, his mother gifts him a crossbow and tells him that his marriage would be arranged soon as he has come of age. Hit by the sudden realisation of his future responsibilities, he takes his crossbow and runs into the woods with his friends.

Separated from his friends, Prince Siegfried finds himself alone in a peaceful spot by a magical lake where swans float gently on the surface. He notices a swan with a crown on its head. As dusk falls, the swan transforms into a beautiful maiden, the Swan Queen, Odette. Odette tells the young prince about an evil sorcerer, Von Rothbart, who disguised as Prince Siegfried’s mentor. It was Rothbart who turned her and the other girls into swans. She tells him that the only way the spell can be broken is if a man who has never been in love before pledges his love to her. Siegfried breaks his crossbow and declares his eternal love to Odette. As dawn breaks, the spell turns her and her companions back into swans.

The next day, six princesses are presented to Siegfried as marriage candidates, but he chooses none of them. Then, Rothbart enters with his daughter, Odile, whom he transformed to be Odette’s look-alike. The prince is captivated by her and dances with the imposter. Unbeknownst to Prince Siegfried, the true Odette is watching him from the window. The prince confesses his love and proposes to Odile, thinking that she is Odette. Odette flees into the night, heartbroken. Prince Siegfried sees the real Odette through the window and realises his mistake. Grief-stricken, he flees to the lake.

Odette, comforted by her swan maidens, is distraught. Siegfried arrives and begs for her forgiveness. A storm brews and Von Rothbart and Odile appear in their evil, bird-like forms. Von Rothbart tells the prince that he must honour his promise and marry Odile. Odette then chooses to die instead of living as a swan forever. Prince Siegfried tells Rothbart that he would rather die with Odette than to marry Odile. He takes Odette’s hand and together, they jump into the lake. Rothbart’s spell is broken. He has lost all his evil powers and dies. The girls watch the spirits of Prince Siegfried and Odette ascend to heaven above Swan Lake.