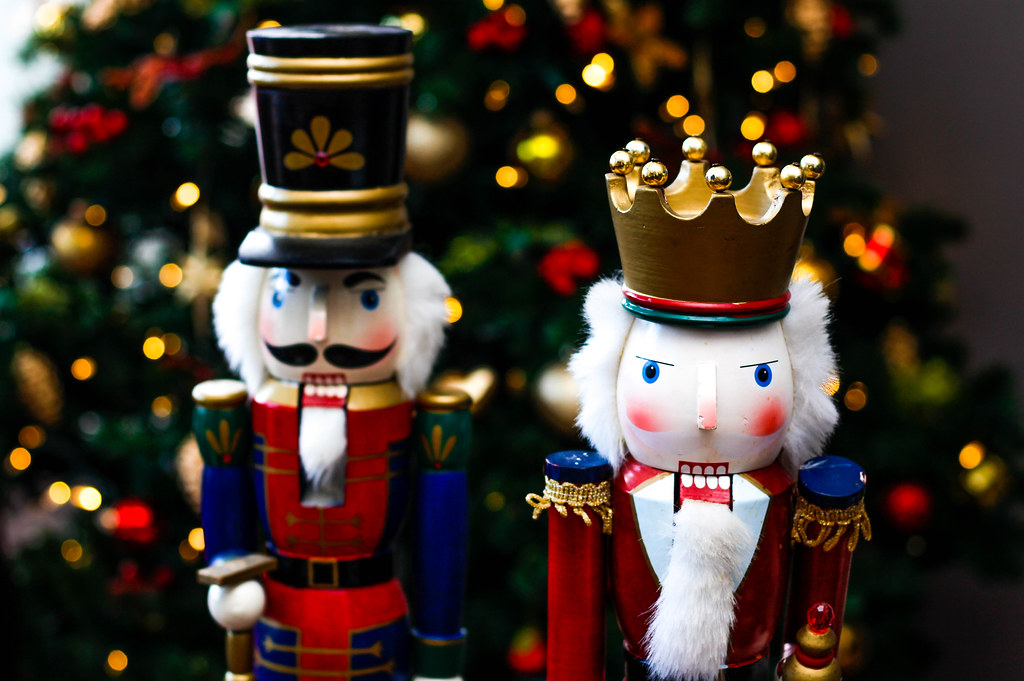 Tchaikovsky’s fairy tale ballet The Nutcracker has become a Christmas favourite around the world. The ballet’s title comes from a story, The Nutcracker And The Mouse King, written in 1814 by the German fantasy writer ETA Hoffmann. After the pair had worked together on The Sleeping Beauty, the choreographer Marius Petipa invited Tchaikovsky to compose the music for a new scenario he had chosen and written out, based on a version by Alexandre Dumas of Hoffmann’s story. Petipa instructed Tchaikovsky down to the last detail, including the tempo and the number of bars in each section.

According to German legend, nutcrackers bring good luck and protection to a family and its home

It’s a snowy Christmas Eve at the Stahlbaum home of Dr. and Mrs. Stahlbaum. Their children, Marie and Fritz, are welcoming their guests to a party. Everyone is dancing and playing games. Marie’s beloved godfather, Mr. Drosselmeier, introduces her to his young nephew and gives her a wonderful present: a handsome wooden Nutcracker.

After the party, Marie falls asleep on the sofa with her Nutcracker. Suddenly, out of nowhere, giant mice scurry into the room, and the Christmas tree begins to grow, taller and taller, until it towers over Marie. Fritz’s toy soldiers and the Nutcracker — all now as big as Marie. The Nutcracker leads the toy soldiers into battle with the mice, and Marie helps him by throwing her slipper at the fierce Mouse King, who the Nutcracker then slays. Now that the Mouse King is dead, an ancient spell has been broken, and the Nutcracker is transformed into a handsome prince. As he presents Marie with the Mouse King’s crown, she recognizes him as Mr. Drosselmeier’s nephew. The children enter a beautiful forest, where the snowflakes dance a lovely waltz and guide Marie and the Prince toward the Christmas Star.

Marie and the Prince arrive in the Land of Sweets and are greeted by the beautiful Sugarplum Fairy and all the other inhabitants of her realm. The Prince tells the story of the battle with the mice, describing how Marie helped him defeat the Mouse King. Everyone is delighted that the Prince and Marie are safe, and the Sugarplum Fairy leads them to a glittering throne, where they can enjoy cakes and candies. Everyone dances for the two children: Hot Chocolate from Spain, Chinese Tea, Coffee from Arabia, the Candy Canes, the Marzipan Shepherdesses, and Mother Ginger, with her eight little polichinelles. Then comes the Waltz of the Flowers, with a shimmering Dewdrop dancing among the lovely blooms, and finally, the Sugarplum Fairy returns with her Cavalier to perform a majestic dance.

It’s time for Marie and the Prince to say goodbye. Everyone returns to bid them farewell, and they soar off in a sleigh pulled by flying reindeer.