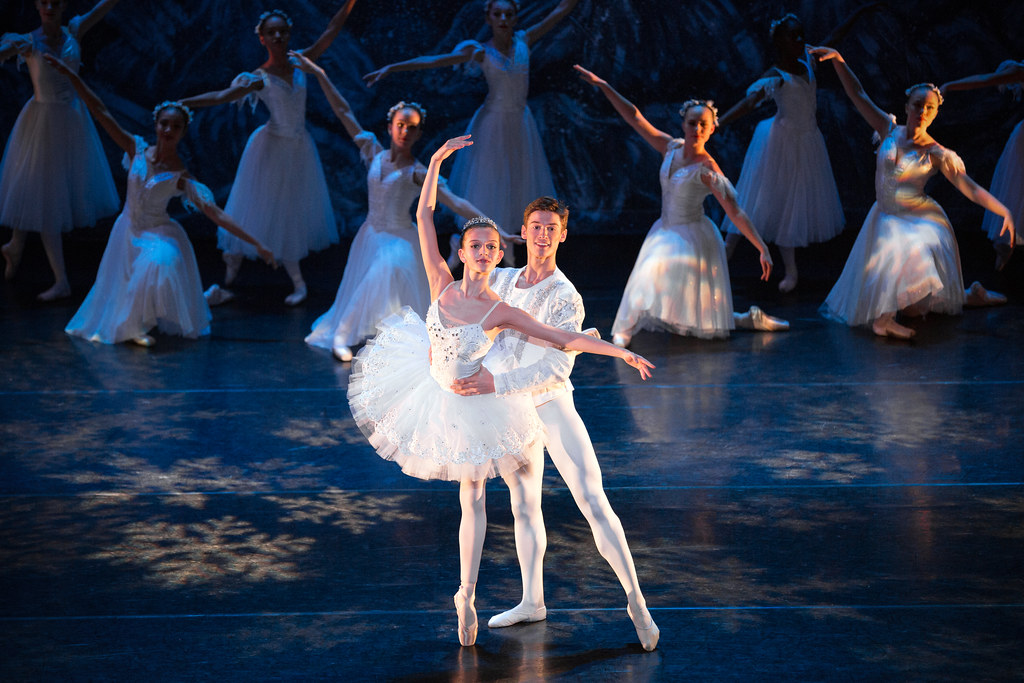 Coppélia is a comic ballet choreographed by Arthur Saint-Léon to the music of Léo Delibes, with libretto by Charles-Louis-Étienne Nuitter. Nuitter's libretto and mise-en-scène was based on two stories by E. T. A. Hoffmann: Der Sandmann (The Sandman).

Act 1: The story begins during a town festival to celebrate the arrival of a new bell. The town crier announces that anyone who becomes married will be awarded a special gift of money when the bell arrives. Swanilda and Franz plan to marry during the festival. However, Swanilda becomes unhappy with Franz because he seems to be paying more attention to a girl named Coppélia, who sits motionless on the balcony of a nearby house. The house belongs to Doctor Coppélius, a mysterious and faintly diabolical inventor. Although Coppélia spends all of her time sitting motionless and reading, Franz is mesmerized by her beauty and determined to attract her attention. Swanilda shakes an ear of wheat to her head: she will know that Franz loves her if it rattles. However, she hears nothing. When she shakes it by Franz’s head, he also hears nothing, but then he tells her that it rattles. Heartbroken, she runs away in disbelief.

Later on, Dr. Coppelius leaves his house and is heckled by a group of boys. After shooing them away, he accidentally drops his keys in the melée. Swanilda finds the keys and she wants to learn more about Coppélia. She and her friends decide to enter Dr. Coppelius’ house, while Franz climbs up a ladder to Coppélia’s balcony to meet her.

Act 2: Swanilda and her friends find themselves in a huge room filled with motionless people, whom the girls later discover as life-size mechanical dolls, rather than people. They quickly wind them up and watch them move. Swanilda also finds Coppélia behind a curtain and discovers that she, too, is a doll.

Dr. Coppelius returns home to find the girls. He becomes angry with them for trespassing and disturbing his workroom. He kicks them out and begins cleaning up the mess while, unbeknownst to him, Swanilda remains hidden behind a curtain. However, upon noticing Franz at the window, Coppélius invites him in. The inventor wants to bring Coppélia to life but a human sacrifice is needed. With a magic spell, he will take Franz’s spirit and transfer it to Coppélia. After Dr. Coppelius proffers him some wine laced with sleeping powder, Franz begins to fall asleep. The inventor then prepares his magic spell.

Swanilda, who remains hidden behind the curtain, dresses up in Coppélia’s clothes and pretends that the doll has come to life. She wakes Franz and winds up all the mechanical dolls to aid their escape. Dr. Coppelius becomes confused and then saddened when he finds a lifeless Coppélia behind the curtain.