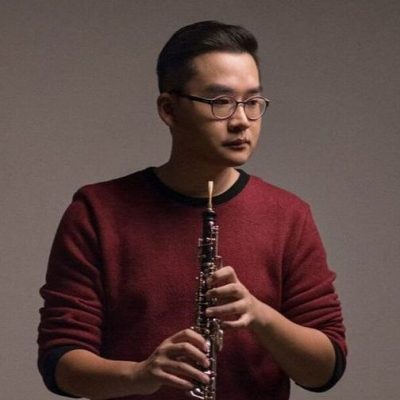 Howard Ng is a well recognised musician, creative producer, and arts manager in the South East Asian region. As a producer, Howard has created a substantial number of musical experiences for audiences in the region, including award winning performances of Ensemble Virama (Boh Cameronian Arts Award 2018). Since 2014, Howard has been an annual grant recipient of the Associated Board of Royal Schools of Music (2014-2020) for the creation and administration of the Malaysian Wind Music Prize, which has led to substantial professional development and training opportunities for aspiring young musicians in the country.

From 2011-2013, Howard was Principal Oboist of the Malaysian National Symphony Orchestra, where he spearheaded the revival of the NSO Wind Ensemble. From 2015-2016, Howard served as a faculty member at the Silpakorn Summer Music School in Thailand.

In Kuala Lumpur, Howard studied with Joost C. Flach & Yong How Keen at the UCSI University. He later studied with Rachel Walker and Carolyn Hollier at the Yong Siew Toh Conservatory of Music (NUS) in Singapore. Howard has also studied privately with Bart Schneemann, and with Jane Marvine at the Asian Youth Orchestra (2010 & 2012). He has performed in the masterclasses of Hansjörg Schellenberger, Thomas Indermühle, Elaine Douvas, Jonathan Kelly, John Anderson, Peter Veale, and others. Howard also studied Business Administration with his father, Sabahan entrepreneur Edward Ng.