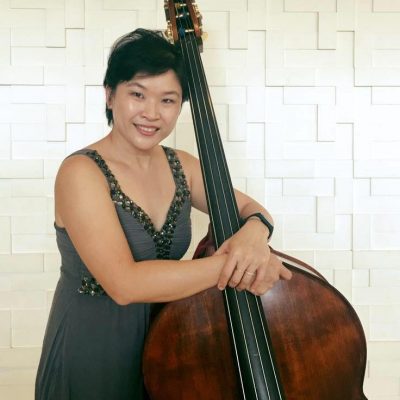 Besides being a freelance performer, Eugenia is also a passionate educator. Her students range from the age of 6 to 70. Aside from private teaching, she is also a double bass tutor at the Bentley Music Academy, Kolej Yayasan Saad, Malacca (KYS), Sri KL, Tsun Jin High School and Pin Hwa High School.