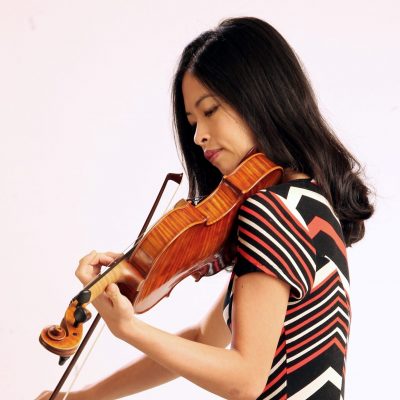 Bernice has performed in venues like Carnegie Hall in New York, the Concertgebouw in Amsterdam and the Royal Albert Hall in London, and at festivals in Lucerne, Salzburg, Edinburgh and Spoleto USA. She has performed under the direction of many eminent conductors, including Alan Gilbert, Sir Neville Marriner, Pierre Boulez, and Lorin Maazel.

As a founding member of Ensemble Virama, Bernice plays chamber music and presents workshops and outreach projects at schools and universities in Malaysia. Bernice has also performed with the Lucerne Festival Academy, the Scottish Ensemble and the Hong Kong New Music Ensemble, and has premiered the music of Nigel Osborne, Gareth Farr and John Harbison with these and many other groups.

Bernice was educated at Indiana University’s Jacobs School of Music, where she studied violin with Federico Agostini and Mark Kaplan, and chamber music with Atar Arad and the Orion String Quartet.