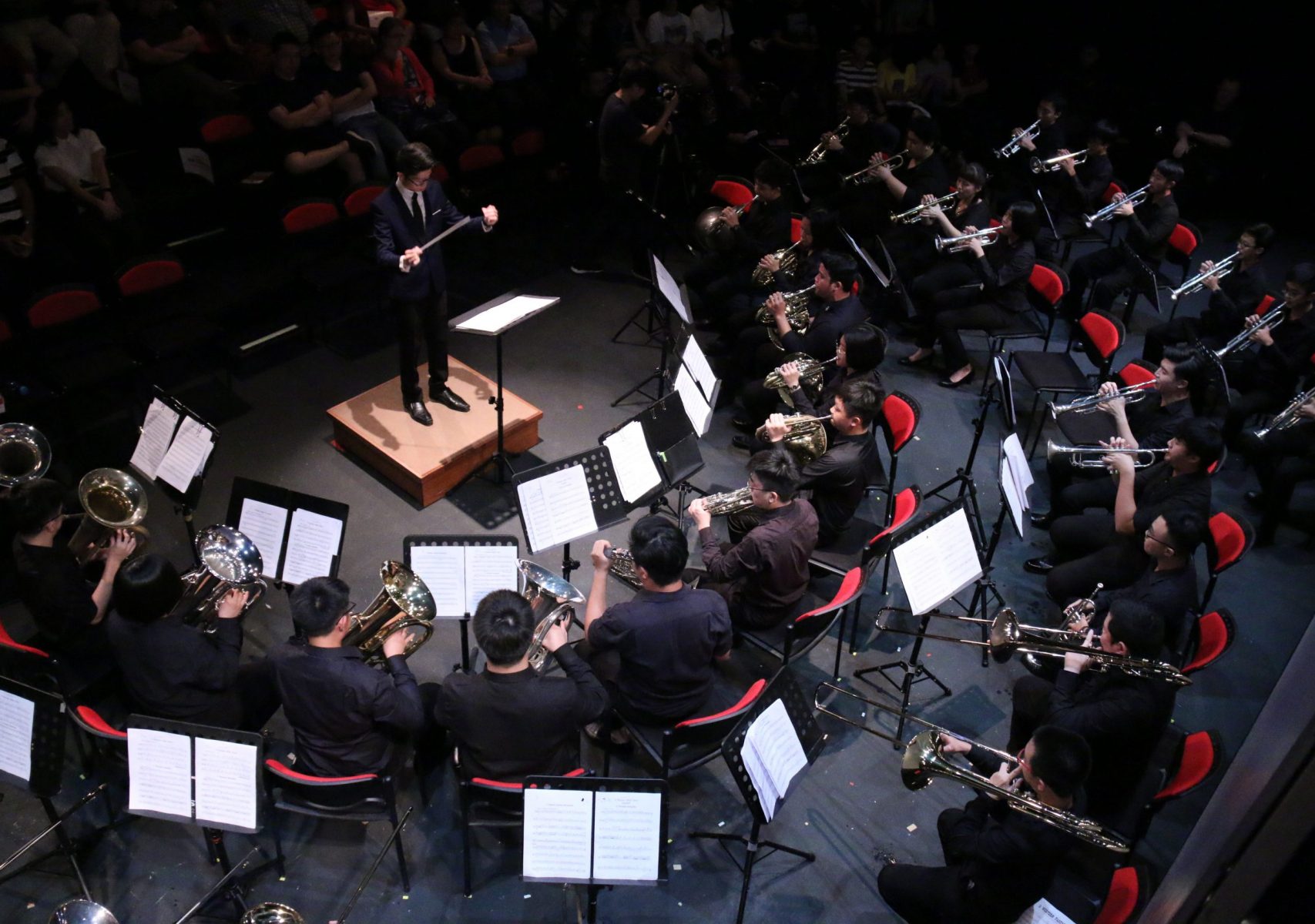 Music means everything to me. I love seeing people put on a smile when they’re enjoying music. In fact, music is all about engagement. No matter how well you play, if you can’t deliver the music to the audience, then it doesn’t mean anything to the world. At the end of the day, it’s about serving a specific audience – the people who pay to watch your performance. How about those who can’t afford the ticket? That’s one of the reasons I set up The Rondo Production – to bring music to everyone at an affordable price. Hopefully, through our performances and education programmes, we’re able to inspire the younger generation and create awareness on the importance of music education. – Kenny Ooi

At 13, Kenny was assigned to play the trumpet by his school band director but he had little interest in the instrument itself. It was not until two years later in 2010 that he discovered his love for symphony and orchestra after witnessing Mahler’s first symphony performed by the Malaysian Philharmonic Youth Orchestra (MPYO) in Penang. This performance had inspired him to take private music lessons in Kuala Lumpur. Two years later in 2012, he was inducted into MPYO.

Over the years, Kenny has attended many music festivals and competitions around Europe and Asia. Through these experiences, he wondered why similar events were not available at his homeland.

Kenny believes there is something he could do to bring music resources nearer to students in Malaysia, especially in his hometown Penang.

He started to ponder the situations in Malaysia’s music scene. He finds that there are only a handful of music graduates in Malaysia. Even those who return from overseas could not find a well-paying performing job and thus, took up teaching jobs in international schools and music centres – making them feel so hopeless about the future of the local music scene. Despite this, he also notices that the quality of music education in Malaysia is starting to improve, albeit a slow one, but mostly focuses in Kuala Lumpur.

This inspired Kenny to begin to create something small in the community. It is not an easy journey for him as he has chosen to go against the wind by approaching the younger generation instead. Despite the challenges at the beginning, he believes that the awareness on the importance of music education has to come from everyone, starting from the community. He hopes to make a change in the current circumstance – if parents do not send their kids to music lessons, there is nothing much we can do.

Having been through the difficultly in taking music lessons himself in the beginning, Kenny believes there is something he could do to bring music resources nearer to students in Malaysia, especially in his hometown Penang. Through The Rondo Production, Kenny aims to ignite stronger interest in learning and mastering an instrument in students, and to provide music educators and graduates a platform to exchange ideas and inspire more possibilities. With these on mind, Kenny and his team are working towards not only in bringing in international artists and groups but also introducing professional Malaysian musicians to the local community. He hopes to inspire the younger generations to see the possibilities in furthering their music study and career. He hopes to put Penang on the world’s music map, as one of the leading music education hubs in Asia.

To Kenny, it is an added advantage to have music education. To him, seeing people around him improve together makes him feel fulfilled.