It is vital to collaborate with notable arts organisations that share the similar vision with us.

2021 Orchestra of the Swan • United Kingdom 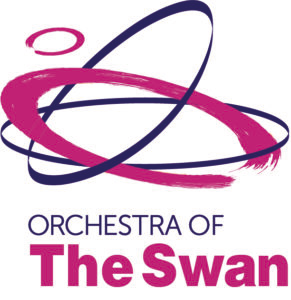 Formed in 1995, Orchestra of the Swan is a British chamber orchestra which, under the artistic direction of David Le Page, is passionate about audience inclusivity and blurring the lines between genres, through its adventurous and accessible programming.

The Swan presents over 45 concerts a year – both live and digital with a catalogue of over 20 recordings. We are passionate about new music and has premiered more than 70 new works by composers including Joe Cutler, Tansy Davies, Joe Duddell, Alexander Goehr, Roxanna Panufnik, Joseph Phibbs, Dobrinka Tabakova, Errollyn Wallen, Huw Watkins, John Woolrich and many others.

This cute illustrated dog character, Shiba Inu Raku, was born in Kyoto, loves music, plays various other music instruments from all over the world. The character is released as merchandise, including stationery products and LINE stickers. Its creator, Yuto Yoshida, a professional clarinetist hopes to spread the love of music to more people around the world through Raku.

Project Zero has launched a community to connect classical music and art lovers all over the world. It brings outstanding music performed in the air – accessible to everyone.

Sign up to our newsletter to be the first to hear about concerts, special offers and news.