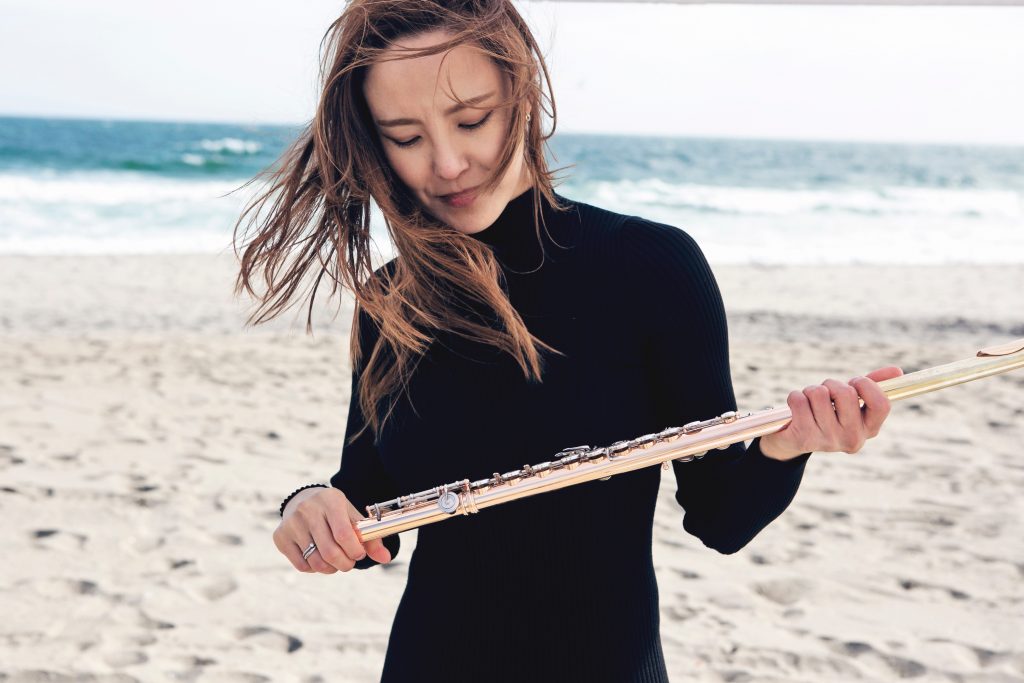 “One of best flutists in the history of music”- Sinfini Magazine, UK

Superstar flutist Jasmine Choi has performed across the globe in a variety of genres from classical solo, chamber, and orchestral to experimental, jazz, and pop. Her infinite curiosity has also led her to make her own arrangements of major works, including the Mendelssohn and Tchaikovsky violin concertos, as well as performing world premieres of works composed by Daniel Dorff, Detlev Glanert, Texu Kim, Mark Laycock, Che-Yi Lee, Gary Schocker, Clint Needham, Uriel Vanchestein and Patrick Zimmerli, to name a few.

Selected as one of the ten best flutists in the history of music by Sinfini Magazine UK in 2015, along with Marcel Moyse, Jean-Pierre Rampal, Julius Baker, James Galway and Emmanuel Pahud, Ms. Choi is a full-time soloist giving almost 90 concerts each season. Before her full-time career as a soloist has begun, Ms.Choi was the first Korean musician to hold a post in Vienna Symphony Orchestra when she joined as principal flute under Fabio Luisi, as well as the first Korean woodwind musician in the US when she joined Cincinnati Symphony under Paavo Jarvi.

She was the 2018 Artist-In-Residence at Sejong Arts Center in Seoul, one of the most prominent concert halls in Korea, giving four different recital programs throughout the year. In addition, the New York Classical Players has recently announced Ms.Choi as their Artist-In-Residence for the next three seasons(2018-2021) and will commission three flute concertos for her followed by world-premiere performances.

As the last pupil of the late Julius Baker, former principal of the New York Philharmonic, and student of Jeffrey Khaner, principal of the Philadelphia Orchestra, Ms. Choi has studied at the Curtis Institute of Music and at Juilliard.

An avid chamber musician, Ms. Choi has participated in the Marlboro Music Festival, Seoul Spring Festival, Sarasota Festival, and served as a founding member of the Astral Winds woodwind quintet and Trio Morisot (flute, viola, harp) in the US. She currently tours regularly with guitarist Benjamin Beirs.

Thanks to her charismatic performance style, she has been invited to perform at many special occasions. She played at the UN Secretary-General Ban Ki-Moon’s inauguration reception in New York, and she was a soloist with Vienna Symphony for the opening concert of the Bregenz Festival. Her performances can be found on her YouTube channel which has reached more than 6 million views. In 2016, she was named Cultural Ambassador of her hometown Daejeon, Korea. www.jasminechoi.com