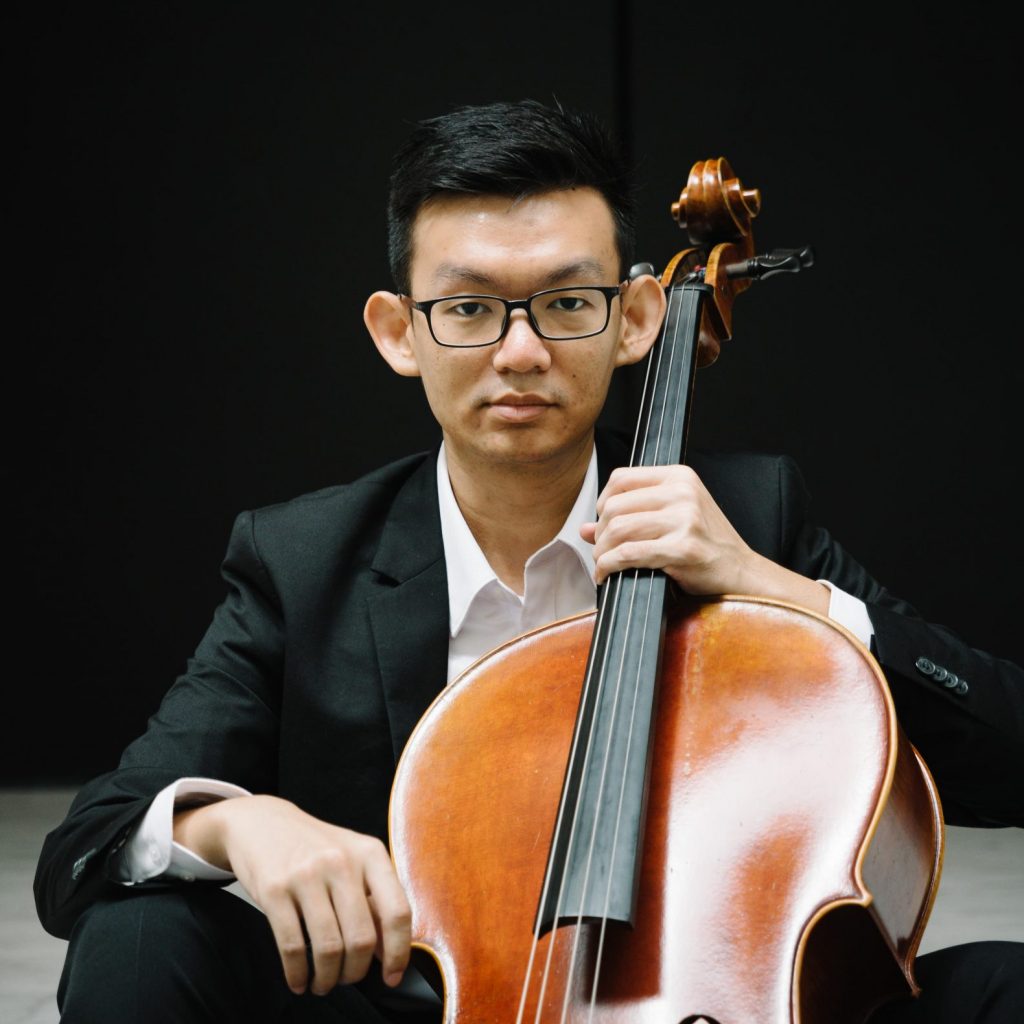 James Ng Wen Liang is one of the founding members of Singapore’s premier cello quartet, Bossa Celli. He graduated from the Yong Siew Toh Conservatory of Music, National University of Singapore, under the tutelage of Qin Li-Wei, the Head of Cello Studies. Prior to that, he was one of the original members of the Malaysian Philharmonic Youth Orchestra, having served as Principal Cello since its inception in 2006.

James started learning the piano at the age of 5 and later began the cello at 7. Before he went to Singapore, he studied with Chan Ling Chee, Laurentiu Gherman, Simon Cobcroft and Csaba Koros. He has also performed in masterclasses by Louise Hopkins, Alban Gerhardt, Ralph Kirshbaum, Shmuel Magen and Wen Sinn Yang.

In 2007, James was granted a bursary to Oxford Cello School in the Advanced Cello Performance course, performing in masterclasses with Phillip Shephard and Alexander Boyarsky. In 2011, he attended Aspen Music Festival and School with a full tuition scholarship, studying with Darrett Adkins, followed by an exchange semester with the Peabody Institute of the Johns Hopkins University under the tutelage of Alison Wells.