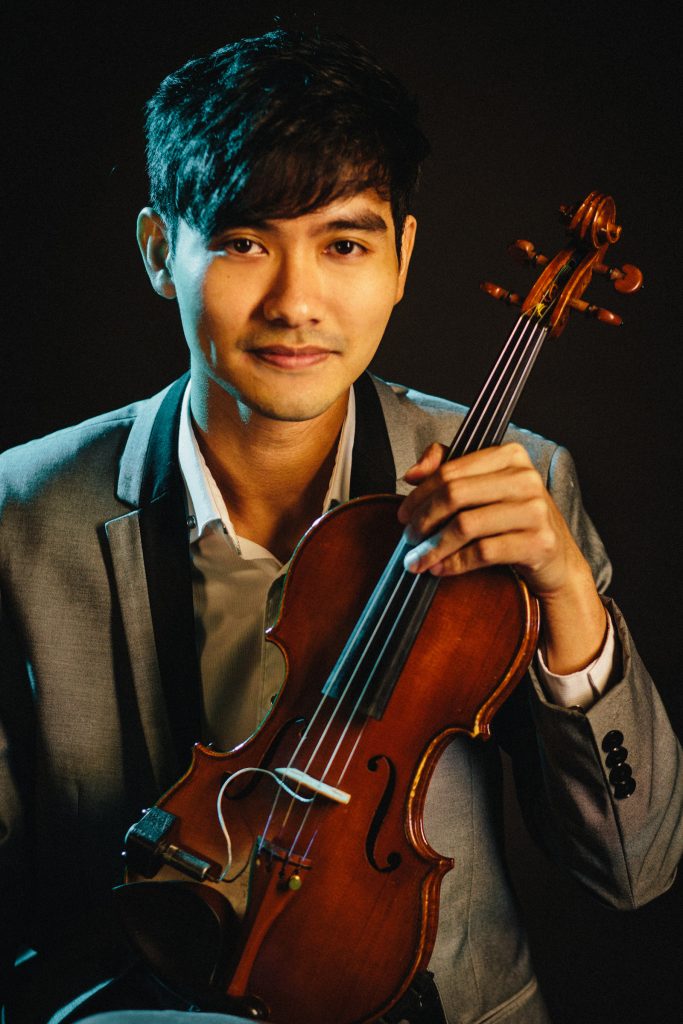 Singaporean violinist Gabriel Lee is a multi-faceted musician: he performs early music with his baroque violin, crossover music with his instrumental band the Lorong Boys and other fusion groups, and fresh interpretations of the classical canon on his modern violin. His playing has been described as having a “breathtaking intensity, grabbing listeners by the lapels without letting go”, and “a passion and concentration that was hard to surpass” (The Straits Times).

As a baroque violinist, Gabriel has performed as a soloist with Enrico Onofri and the Resound Collective, Baltimore Baroque Band, and Red Dot Baroque. He has also performed in the Wilmington Bach Festival, Amherst Early Music Festival, Music at St. Bartholomew’s series and Malaysia Bach Festival.

As a music educator, Gabriel has presented research at the ABRSM Music Teacher’s Conference and the Performer’s Present International Artistic Research Symposium. He is currently Artist Faculty at the Yong Siew Toh Conservatory of Music, Adjunct Faculty at the School of the Arts, Founder and Director of the Music Society of Myanmar and has conducted masterclasses and coached various ensembles in Singapore, Malaysia, Myanmar and Cambodia. Gabriel has served on the jury of the Alessandro Giuliani Violin Competition and Asia Arts Festival.

Gabriel is a recipient of the JC Van Hulsteyn Award in Violin, the Gold Award at the 6th Asian Youth Music Competition and the Paul Abisheganaden Grant for Artistic Excellence. He graduated with two Master of Music degrees in Violin Performance and Baroque Violin Performance from the Peabody Conservatory, supported by a full scholarship from YSTCM and the Trailblazer Foundation. He graduated with a Bachelor of Music (Hons) degree from YSTCM as Valedictorian of his cohort.

Gabriel plays on an 1902 Degani on loan from the Rin Collection.