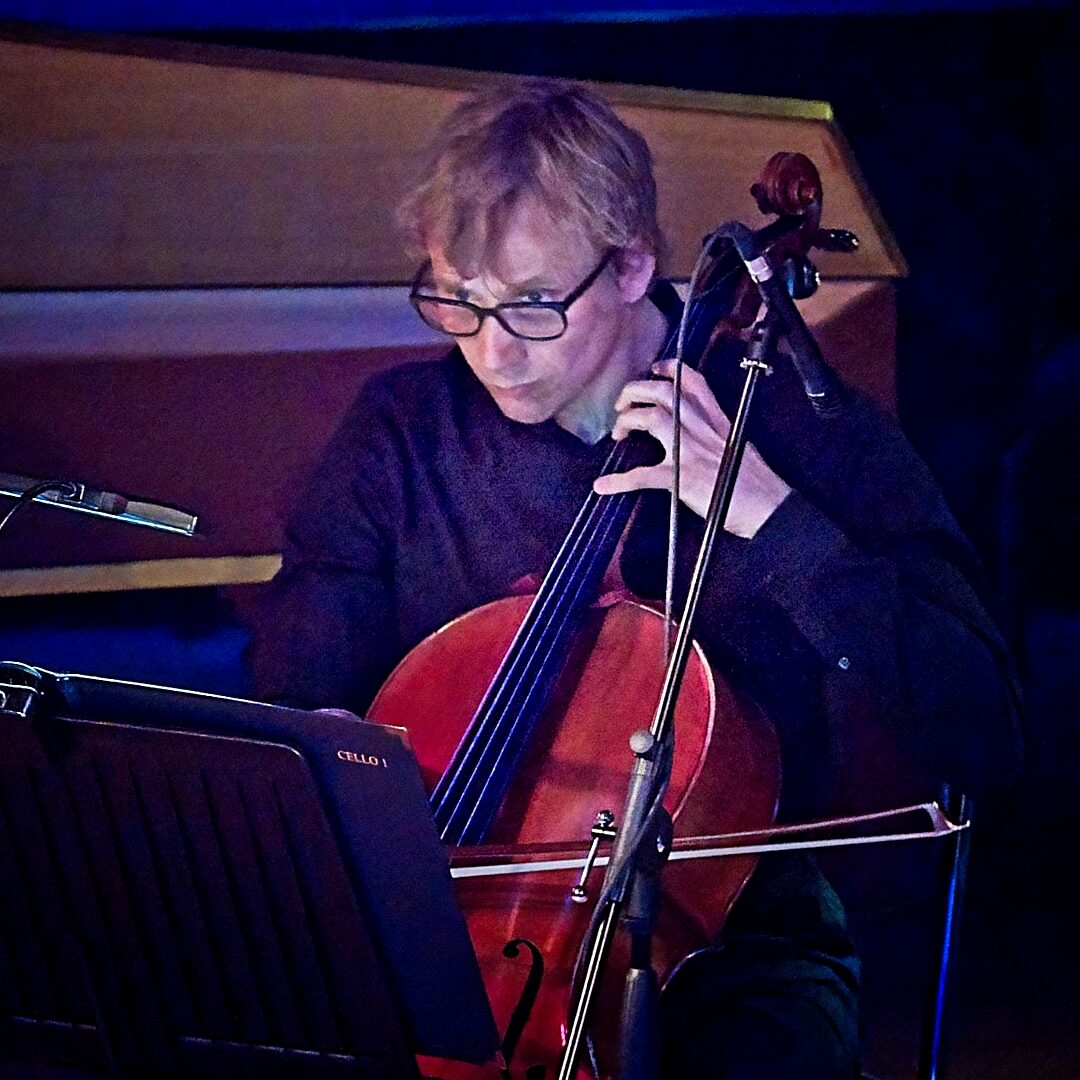 Orchestra of the Swan

Chris Allan studied with Stefan Popov, Louise Hopkins and Karine Georgian and chamber music with the Takacs and Borodin String Quartets. Following his graduation, he joined the acclaimed contemporary music group The Gogmagogs, performing at the City of London Festival, in Toronto, at the Sidney Festival, in New York, Sao Paolo and across Europe.

He is a member of the Le Page Ensemble, with whom he has made a number of recordings, and has performed as principal cellist with Chroma, Music Theatre Wales (recording Philip Glass’s Chamber Opera In the Penal Colony last year) and the Clod Ensemble. He has also appeared with the Irish Chamber Orchestra and the Britten Sinfonia.

Chris was solo cellist with the Mike Westbrooke company for a number of years and has collaborated with a diverse array of artists, from choreographer/composer Hofesh Shechter, to mime artist Oscar Valsecchi and composers Django Bates, Stephen Warbeck and Paul Clarke.

He has appeared in a number of theatre productions (on cello and viola da gamba) at the RSC (Lear, Hamlet), the Globe (Othello) and the National Theatre (Three Sisters, Waves, Some Trace of Her, Mrs Affleck) and was a founder member of the electro acoustic band the Subway Piranhas, with whom he appeared at the Rhythm Sticks Festival at the South Bank, and he recently co-founded the London Cellophonic.

He has also, with the Gogmagogs, given workshops at the Julliard School of Music, and has lead music/improvisation / theatre projects at the “Music House” chamber music course, held at the Menuhin School, and, of course, at Con Corda.

Sign up to our newsletter to be the first to hear about concerts, special offers and news.