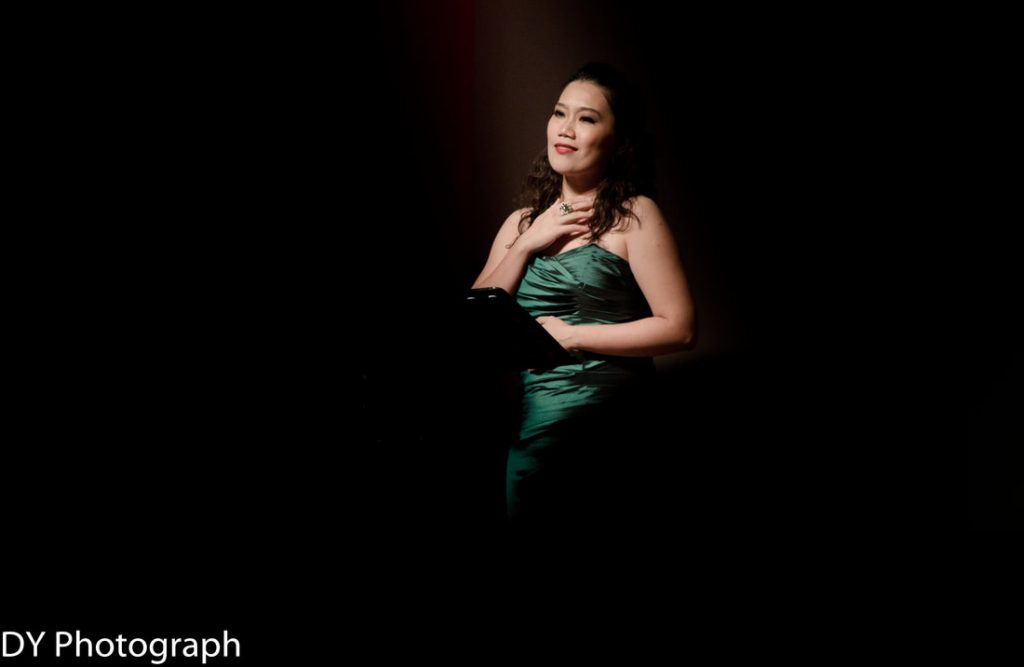 A multiple awards and scholarships winner, she was a recipient of numerous academic scholarships during her study. Her other recent notable awards include Golden Medal Award from the Berliner International Music Competition in 2018; and the Best Solo Performance (Vocal) in the 16th Boh Cameron Arts Awards 2019. In 2018, she was bestowed with the Order of Star of Italy, with the conferment of Knighthood, a prestigious recognition by the Italian government of her outstanding contribution to programming and performing vocal arts in the regions; and most recently she received the National Academics Awards (category of Performing Arts) by Ministry of Education Malaysia in which the award was presented by the Prime Minister Malaysia, Tun Dr. Mahathir, on 29 Oct 2019.

A renowned soprano, her voice is often described as mellow, dulcet and soothing to the listeners, she has collaborated with a few major orchestras and ensembles in Malaysia, which include both the Malaysian Philharmonic Orchestra (MPO), and the Malaysian Philharmonic Youth Orchestra (MPYO), Kamerata String Ensemble and the Virama Ensemble. Mei Foong sings as lead role in many operas produced by KL City Opera (KLCO) with high acclaim. Her operatic roles include “Carmen” in Bizet’s Carmen; “Mimì” in Puccini’s La bohème, “The First Lady” in Mozart’s Die Zauberflöte, “Contessa Almaviva” in Mozart’s Le Nozze di Figaro; and “Violetta Valéry” in Verdi’s La Traviata.

While enjoying her busy performance career, she is also an academician who affiliates with Universiti Putra Malaysia, where she teaches vocal performance and engages in voice rehabilitation research. Her research works look into the effects of singing on people with Parkinson’s Disease; Vocal Health in Heavy-Voice-Users, .

She believes everyone can sing, and she constantly explores the extramusical meanings of vocal performances. Her works in vocal performance, voice education and voice research aim to expand and explore the score of human voice, which to me is undoubtedly educational, therapeutic, and culturally valuable. She believes singing is for everyone, for health, for cultural transmission, and for a better life.