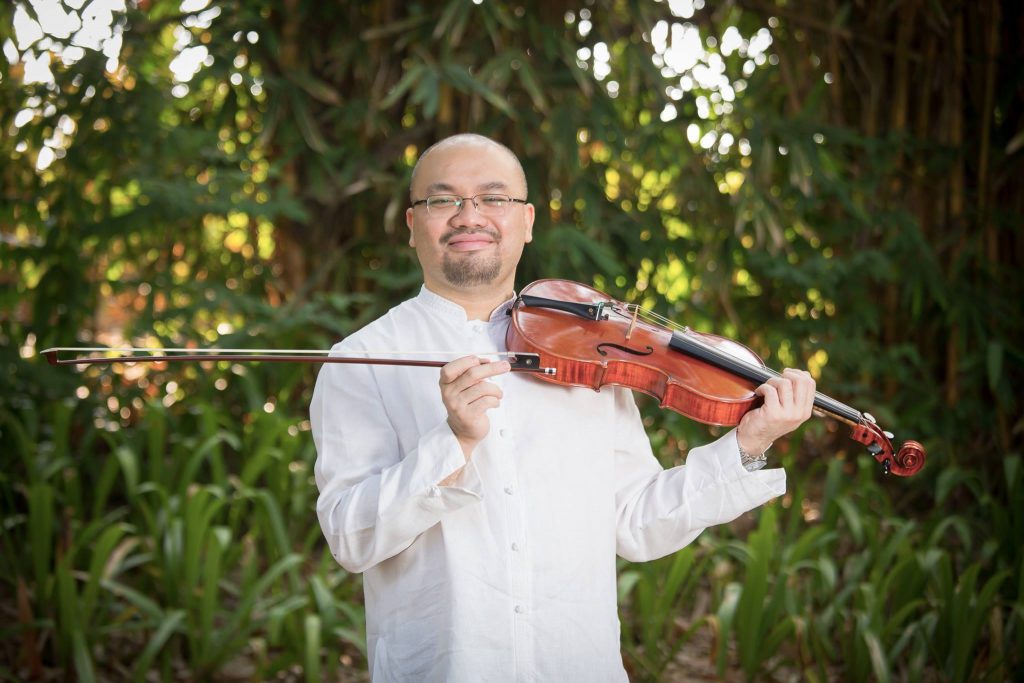 Dr Andrew Filmer is an associate professor at Sunway University in Malaysia and performs in the Sutera Ensemble. He holds a PhD from the University of Otago, and a master’s in viola performance from Indiana University South Bend. He is versatile in the arts, combining his musicology training with that of viola performance and a passion for teaching. Andrew has won commendations and prizes in teaching, public speaking, research, performance, and leadership. As an active supporter of historically-informed performance, he was part of a three-person team that constructed the first harpsichord built in Malaysia – and is now constructing a second.

Andrew performs frequently as a chamber musician and narrator, with occasional roles as orchestra conductor and concerto soloist. He has been narrator for the Songweavers and the Selangor Symphony, and presented a TEDx Talk titled Learn to Fail Magnificently. He was Editor of the Journal of the American Viola Society and is an advisor for the Australia and New Zealand Viola Society. His research has been presented at three International Viola Congresses, twice at the University of Cambridge, and at various international conferences. Andrew’s work has been published in the US, UK, New Zealand, Australia, and Sri Lanka, and he has been a guest speaker at the National University of Singapore, the Royal Northern College of Music in the UK, and the Elder Conservatorium in Australia.

With a dedication towards teaching, Andrew has facilitated string pedagogy workshops for Trinity College London and the Associated Board of the Royal Schools of Music (ABRSM). He has a side speciality in technology for education, has facilitated workshops in Malaysia and New Zealand, and won Best Presentation for his research at the International Conference on Education and Multimedia Technology in Kyoto, Japan in 2020. Outside of classical music, he was a member of the jazz band The Troubles, whose inaugural recording was released by Rattle Records. In addition to his music degrees, he has an honours degree in communications and a certificate in User Experience (UX).

Andrew studied with Donald Maurice and Anthony Ritchie in New Zealand, and Anthony Devroye of the Avalon Quartet in the United States. He plays on a viola by Malaysian luthier Tan Chin Seng, a modern bow by Benjamin Fabre of France, and baroque bows by Stephen Gibbs of New Zealand.